I am still able to remember the first time I created my very first blog. Back in 2010, the term ‘blog’ itself is still alien for most people, at least in my place.

It’s quite an eye-opener that I can create a blog for free entirely online and excitedly got to know that anyone from the around the world can see my blog as long they are connected to the Internet and know my blog’s address.

I signed up through Blogger, and immediately I glanced through the dashboard, which was very different at that time than the current interface.

Right after that, I started writing a random blog post and get it published. It was how I got some exposure to the world of online writing and blogging in general.

Unfortunately, due to my personal circumstances, I stopped blogging when I was 16, and I deleted the blog. I didn’t write or even dabble into blogging for about four years until I start this freelancing business.

Restarting all over again

I initially couldn’t fathom the idea of having to pay for a web host when there are multiple platforms on the web that I can simply sign up and create a website immediately.

I signed up for WordPress.com account to expose myself with the CMS and its feature, but already, I hit a stumbling block due to the limitations of the free account itself.

I also registered Wix, but I haven’t used much apart from glancing through its dashboard. That was the moment I realised that most, if not all the free platforms like WordPress.com and Wix, while pretty convenient to sign up and start straight away, have too many limitations and unable to customise as much as I want to.

That was when I considering the paid hosting and buying a custom domain for myself.

Venturing into SiteGround and WordPress.org

Just a disclaimer: this post contains affiliate or referral links. This means I may earn a commission if you choose to sign up for a program or make a purchase using my link at no additional cost to you. Thank you so much!

Many articles I read on the web recommend using a paid web host and install the WordPress.org there.

Since I’m quite familiar with the WordPress platform, I decided to go on with buying a custom domain (which fortunately I could get the ones I want) on Namecheap.

After that, with tonnes of research on which web host to choose, I opt for SiteGround. At that time, there was a considerable discount offering due to the Black Friday sales, and therefore I could grab it within the time frame.

Setting up the website on SiteGround from scratch isn’t complicated as several tools assist me for the installation of any web applications, including WordPress.

There’s a website builder feature that can be used if you don’t know how to set up and configure a website from scratch. But I personally preferred to get my hands dirty by installing WordPress through the Softaculous platform.

So, why I move to Hostinger?

To be honest, SiteGround is, by all means, feature-rich and I like the fact that I have the ability to install and self-host an endless number of web apps through the auto-installers provided on the cPanel. My website’s performance was quite good, and I can even incorporate SSL certificate on each of my sites for free.

It’s just that when I first paid the web hosting, it gave me a considerable discount which saved me tonnes of money. Once that’s over, the renewal pricing shots up more than thrice the discounted pricing drastically. It may not be an issue if I earn and pay in dollars, but instead, when converted to my local currency, it took a massive chunk of my income.

USD19.95 per month may not sound a lot, but living in a country where the currency strength isn’t as strong as the dollars means paying such amount in the local currency on the per-year basis is prohibitively expensive, meaning it can easily reach to four figures.

Moving to another web host

All right, that was it. I decided to move to a new web host that provides the same quality as the previous one, yet affordable even on more prolonged periods. I encountered Hostinger from one of my co-workers, which then I found this pricing table.

It looks cheap, aren’t they? However, I was still super skeptical as the pricing seemed too good to be true.

But you know what? I attempted to purchase it anyway while the discount was still there (it is still so now as of my writing). No regrets, my website remains as it is, got the free SSL installation too along the way. Just that the pricing is cheaper this time. I paid around this amount for a four-year period, which was a tremendous bargain!

Even when the period ends, the renewal price will be at around USD3.49/month. Still cheap, in my opinion.

So, are there any differences between SiteGround and Hostinger feature-wise?

Let me show you the cPanel of SiteGround again.

Then, compare to the ones in Hostinger.

It may seem different by the first look, and it’s true. While SiteGround uses the cPanel, Hostinger incorporates its own platform called hPanel. Some users may already be gotten used to the cPanel, therefore the interface change in Hostinger may not be for everyone. But for me, as long the features like in the cPanel are available in the new host, I’m totally fine with it.

What are the drawbacks of using Hostinger?

Although I don’t regret changing to a new host now, I do miss certain stuff, however.

1. I have to pay the SSL certificate separately if I intend to host more than one website.

Did I mention that there is an SSL certificate provided for free? Well, I assume that it only offers during the promotion period, as in Black Friday sales.

Unlike SiteGround, the cheapest plan which is the single shared hosting doesn’t come with a free SSL certificate installation. In order to encrypt your site to https://, you need to pay the certificate separately for each domain, which is explained further in the screenshot below:

If you opt for the SSL certificate, you only need to pay once for a single domain. If you intend to encrypt, say three websites, then you need to buy three separate SSL certificates.

As shown in the previous screenshots, Hostinger does not incorporate the cPanel into the dashboard. This may or may not be a good thing for some users, as many are accustomed to the cPanel’s layout.

But I personally have no issues with the difference of the dashboard layout as long as the features similar to the ones on SiteGround are in Hostinger too.

What tool did I use to migrate my WordPress website?

I use the All-in-One WP Migration plugin in which you can install on your WordPress itself.

You can export your whole website data, including your WordPress login credentials, and save it into your computer, as well as other cloud storage such as Google Drive or Dropbox. I will explain about the WordPress migration in another post.

Make sure you installed the plugin on both the old and the new hosts for the migration to work, as it will require you first to export the backup from the old host, then import the backup to the new host. It worked seamlessly from my experience.

I love both SiteGround and Hostinger, I used both web hosts, and the overall experience was freaking awesome. My website performance on both sites is pretty well-done too, although I noticed that it performs a bit better on Hostinger. I’m sticking to Hostinger for now, although I’m not going to ignore SiteGround altogether at the same time.

It depends on your personal preference. If you prefer the cPanel and the ability to encrypt your sites limitlessly, as well as creating unlimited websites and adding add-on and subdomains, then SiteGround is for you. But if you are cash-strapped and want to get similar access features as SiteGround despite the different interface, then Hostinger is for you.

You may also want to read: 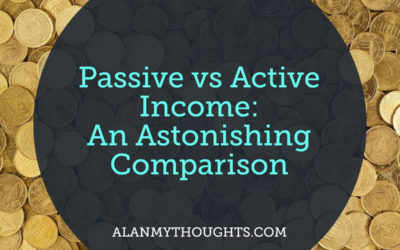 When it comes to income, you would think that if you work hard, your income will increase along the way. It may be...

END_OF_DOCUMENT_TOKEN_TO_BE_REPLACED 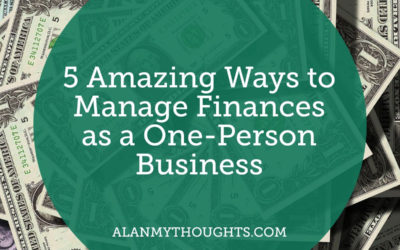 5 Amazing Ways to Manage Finances as a One-Person Business

Managing finances as a one-person business can be overwhelming, or even you may not want to deal with it. Like it or...

END_OF_DOCUMENT_TOKEN_TO_BE_REPLACED 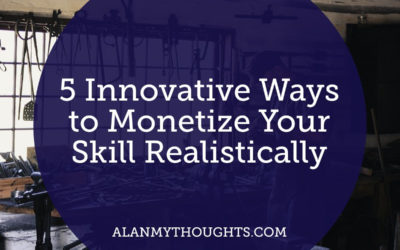 When it comes to your abilities, you may think that it can only apply to your future job. That's what people would...